Let us bring back

Grassroots Public Radio RGV (GPR-RGV) is a 501c3 non profit that has been set up by supporters of National Public Radio (NPR) to help bring NPR back to the Rio Grande Valley (RGV).

Let Us Help The RGV

GPR-RGV covers the four county Rio Grande Valley area. Those counties being Hidalgo, Cameron, Starr and Willacy counties. We believe NPR should be restored to the RGV. We are the largest metro area in the country without NPR, with a population of 1.2 million. Of these, around 90 percent are Hispanic. And we have socio-economic challenges, with a large number of people living at or below the poverty line. We need and deserve National Public Radio.

When the news got out that Rio Grande Valley Educational Broadcasting, a subsidiary of the Roman Catholic Diocese of Brownsville, was selling the NPR booadcasting KJJF and KHID fm 88, a small group of supporters met in McAllen and decided to see if we could save the stations. The immediate response included setting up a Facebook page titled Save NPR in the Rio Grande Valley. The stations were sold NOT to an organization supporting Public Broadcasting. We formed a tax exempt 501c3 with the formal name of Grassroots Public Radio RGV. So when you see Save NPR in the Rio Grande Valley you should be aware that it is the same organization with the same goals as the one with the more formal name and with a formal tax status.

The RGV had NPR for many decades, with the Diocese of Brownsville owning and funding 88 FM. However, the Diocese sold the station 18 months ago, leaving our area high and dry.

The Importance of Public Radio

The idea of having Public Radio programming to be broadcast from stations in Mexico was examined. For legal technical reasons that was discovered for this to be impossible. Note that it was not just impossible from Mexico to USA, but also from Canada to USA.
A border is a border either North or South.

Each one of us creates a voice for the RGV

The Committee –
On Monday, 25 February 2019 a group including Steve Taylor, Gerard Mittelstaedt, Edgar Lopez, Shawn Seale, Patricia Martinez and Pat Fogarty met at a restaurant in McAllen, Texas to discuss saving or re-establishing a Public Radio feed for the Lower Rio Grande Valley. We agreed to create a new non-profit organization to establish a NPR station for the RGV, as the curent NPR feed will cease to exist within the next few months. We sent a message to Dr. W.F. Strong of UTRGV Brownsville campus to include him in our effort.

Some efforts have been made to do the filings with the Texas Department of State and the IRS needed to officially establish a non-profit organization, tentively called Grassroots Public Radio RGV. 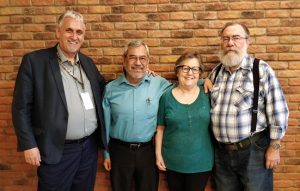 On Friday, 17 May 2019 another meeting was held in McAllen, at the Corner Bakery restaurant to share information on events so far, and plan some next steps. Gerard Mittelstaedt, Steve Taylor, Shawn Seale, and Edgar Lopez attended. There was no formal agenda. This was a meeting to share information.
A meeting with a Mr. F. Garza, who volunteered to assist with setup and keeping things organized was reported, as was a meeting with a local attorney to assist with the offical file work setting up the non-profit organization. Some discussion on setting up a bank account was discussed with emphasis on using a local bank with multiple RGV locations.
The published support of Representative V. Gonzalez and his letter to Dr. Guy Baily at UTRGV was read. An upcoming meeting including Representative V. Gonzalez is expected with a local leaders and local media and news outlets after Congress adjourns.
A letter from NPR in Washington, DC which outlines what is needed to establish a NPR affiliate station was read which included 4 major necessary points for such establishment.
Two existing low power stations, one in the Brownsville area and the other in the McAllen area were identified. It may be useful to work with one or both of them toward our goal.
It was noted that for those who pay, that a general NPR feed could be received via Sirius satellite radio. It was also noted, by two committee members who were subscribers that reception quality was irregular here in the LRGV. (Note that national feed does not include any local programs.)
An attempt to retrieve the music CD collection donated by Bill McGee to NPR – KJJF/KHID was discussed. A meeting with J. Martinez who owns a non-profit broadcasting license is anticipated on 28 May.
All money needs to go through F. Garza, who is volunteering at this stage to assist in setting up a tax exempt group (501(c)(3) to further the goal of funding the re-establishment of a public radio presence in the Rio Grande Valley. A meeting with him is scheduled for 30 May 2019. 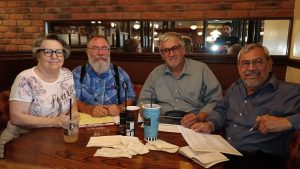 A public meeting was held in Brownsville hosted by Dr. Diana Dominguez and Dr. W.F. Strong with a group Save NPR in the RGV to explore re-establishing radio broadcasting of NPR (National Public Radio) programming in the Lower Rio Grande Valley. A Go Fund Me campaign was at that time 3 days old and is beginning to collect funds toward assisting the establishment of an NPR based station, and also to show local support. It was suggested that those interested visit the Save NPR in the RGV Facebook page for more information.

A public meeting of Grassroots Public Radio RGV was held in Weslaco to explore what can be done to bring public radio to the Rio Grande Valley. Dr. William F. Strong is a member of a group from Brownsville working to bring National Public Radio (NPR) back to the RGV. The idea of University of Texas RGV working toward that goal was suggested, but there are no funds at this time for the UTRGV to do that. Jose Borjon, chief of staff for Representative V. Gonzalez spoke to the situation. Other avenues are being considered. The group Grassroots Public Radio RGV voted to establish bylaws for their organization. Other meetings of the group are planned.

The board of Grassroots Public Radio RGV met in the early afternoon at the Dennys restaurant in Weslaco, Texas. After application for 501c3 (non-profit status) the organization achieved the Non-Profit status from the IRS just over a week ago.
This meeting was called to firm up the organization and make plans on what to do next. A formal web site is being planned as is a method to formally accept donations into the established bank account.

The board of Grassroots Public Radio RGV met at 5:10 PM at the Dennys restaurant in Weslaco, Texas. Reports were made among them that work is proceeding to change the facebook page to be more congruent with the official name of the organization. The board also worked toward tuning up the more generic bylaws.

The board of Grassroots Public Radio RGV met at 5:05 PM at the Dennys restaurant in Weslaco, Texas. Steve reported on various activities in the radio community and active interest. The creation of a website for the Grassroots public radio RGV organization was discussed and agreed on.

The board of Grassroots Public Radio RGV met at 5:05 PM at the Dennys restaurant in Weslaco, Texas. Steve reported on various activities in the radio community and active interest.
It was noted that this website had been established – Grassrootspublicradiorgv.org There was discussion on the online money donation system.
It was decided to rent a post office box from one of the offices in McAllen to give the organization its own coreesponding mailing address. (Note that was done 2 days later and is the address on the index page of this website.)

The board of Grassroots Public Radio RGV met at 1120 AM at the Dennys restaurant in Weslaco, Texas. It was noted that the website had been established – Grassrootspublicradiorgv.org There was discussion on the online money donation system.
The exact address to work the online fund raising efforts was discussed. The address for the  correspondence mailing address for the organization was established.
Grassroots Public Radio RGV, 4121 N. 10th Street #274, McAllen, TX 78504

W Strong contributed much of the amount his efforts, garnered some months ago, for the re-establishment of Public Broadcasting (NPR) to the Grassroots Public Radio RGV organization to bolster our efforts. A new person has been found to assist with web master concerning the Save NPR in the Rio Grande Valley Facebook page. 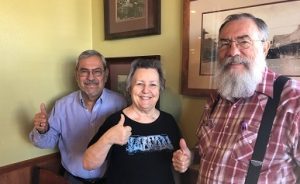 The board of Grassroots Public Radio RGV met at 11:10 AM at the Dennys restaurant in Weslaco, Texas. After general reports the board agreed to meet in McAllen at the Lark Branch Library to refine the bylaws.

A presentation from web designer Mayra Moreno of Elephant Trunk Design.was received. Work by Ron on the Facebook page was discussed, Creating a Donate button for the Facebook page was discussed, Shawn Seale was tasked with reviewing and creating a suggested update to the bylaws, using another set of bylaws used by a public broadcasting outfit as a model.
Next Meeting was scheduled for 2 p.m., April 20, 2020 at Denny’s on 10th Street, McAllen

That meeting was later cancelled due to COVID-19 restrictions on group size and closure of restaurants.

Gathering information on the issue

Raising money for our cause

Raising awareness for our cause via news releases and events

Engaging with elected officials, community leaders and radio professionals to devise a plan to get NPR back on the air in the RGV

All seem to agree that npr Is indispensable to the RGV.... 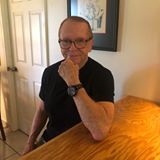 James D. Fanning
The c-19 crisis is a good example of why public radio is necessary in the valley. PBS TV stations are actually part of disaster response networks, sharing information and letting broadcasters use their towers if necessary. Radio should be no different...

Geoff Alger
alanawise_ (@Alana Wise) Tweeted: Some ✨personal news✨: I’m so excited to announce I’m joining @NPR’s National Desk to cover the Race and Identity beat. I’ll be covering stories that run the expanse of the human experience — not just the trauma of what it means to be “other” in America.
Alana Wise
For me, I have been stuying manufacturing engineering at UTRGV and honestly PBS is the one reason why I got interested in science and engineering , so I think it does make a difference in our community . I hope you all could understand and feel about what I'm talking.

Every donation helps us to get closer to our goal